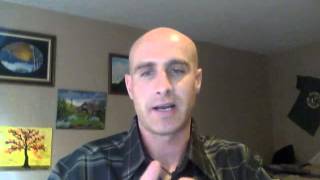 Click on the link above for a free awesome video guide to using supplements and alternative medicine.

Today I’ll be sharing with you the top signs of alcoholism the negative effects of it, and thoughts about treatment . A little while ago I wrote a article about something called vodka therapy. Turns out that vodka can be used for all kinds of healthy things such as cleaning wounds as an antiseptic, and a antibiotic.

There is one big problem with vodka therapy, and I’m sure you can guess what it is. It’s not difficult for someone to abuse the drink and harm themselves with it. Alcoholism is when someone turns an alcoholic drink, which can be a positive thing if used correctly, into a negative experience by abusing it.

One of the most common signs of alcoholism is that someone can not give up drinking or stop drinking. Most people like to have a few drinks occasionally, but you know when it becomes a real problem.

They could also experience withdrawal symptoms of not having alcohol. When someone drinks a lot of alcohol for a long period of time it changes the way the brain transmits messages. Almost like it adapts to the alcohol. This is why someone can have a tolerance to a drug so overtime they need more of it to get the same affect.

Alcohol triggers parts of the brain that make someone feel good and relaxed, so when someone stops using this drug can you guess what happens? Yea the opposite thing happens in which case a person can be irritable, morose, have excess sweating, a lot of anxiety including body tremors and even seizures.

Apart from withdrawal signs a person with this disease can of course experience physical symptoms. This could be weight loss, an upset stomach and showing more redness on a person’s nose and cheek.

The reason for this redness is broken capillaries. Having too many intoxicating drinks increases blood pressure causing veins in the face to dilate. As you can imagine if a person keeps dilating this veins they could become locked in that position creating that redness look.

Another physical sign would be something called jaundice. Do you know what that is? In a nutshell it makes someone’s eyes and skin more yellowish due to liver failure. Next up it could weaken the immune system bringing about all sorts of physical symptoms.

One of them could be psoriasis where too many skin cells grow in one place resulting in a white, thick looking skin in an area. If that wasn’t enough a person could bruise easily, there could be spider veins, a person may have swollen eyelids and I can’t forget about problems in the bedroom.

If I haven’t persuaded you from not indulging in too much alcohol next up is physiological problems, which can be much worse then the physical symptoms. According to psych central 30 to 50% of alcoholics suffer from depression. It’s also no surprise that drinking too much can increase the chance of someone committing suicide. I had a neighbor who’s wife left him. Well, he got really drunk took a shotgun and the rest of the story wasn’t very good.

Oh, and then there is problems with the law including driving while intoxicated, work problems, family problems and it’s no wonder that the United States government tried to outlaw alcohol during prohibition. Of course that helped to create so many gangsters and violence.
Stopping someone’s destructive habit of consuming too much alcohol can take a lot of physiological work. The first step, which can be the hardest is admitting there is a problem.

Even after someone stops drinking alcohol they still need to repair the damage they did to their bodies. One tool that can be incredibly helpful is dietary supplements. There are tons of herbal remedies and natural medicines that can help the body and maybe even the mind recover.

For starters they can be confusing and the industry is not as regulated as pharmaceuticals. This really means that government agencies in many countries don’t ensure these products are safe before they are sold.

To make things easier for you, I have created a report and video guide on this topic. This guide shares tips on shopping for supplements, it simplifies herbal remedies and even talks about some strange alternative health remedies that actually work.

Oh, in case your nervous it’s going to cost you a bunch of money, you will be happy to know it’s completely free. You can learn more about this free video guide by clicking on the link http://texasvitamins.com/go/youtube.html.,